Scientists identify a compound that protects neurons from degeneration 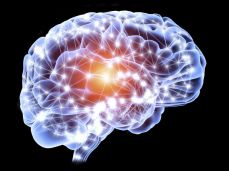 Scientists from the Bengaluru-based institution Jawaharlal Nehru Center for Advanced Scientific Research (JNCASR), with the help of National Institute of Mental Health and Allied Sciences (NIMHANS) and Center for Cellular and Molecular Platforms (C-CAMP), have identified a molecule that could clear toxic aggregates in the brain and reduce the loss of neurons (neurodegeneration). The study was led by Dr Ravi Manjithaya, Associate Professor, Autophagy laboratory, Molecular Biology and Genetics Unit, and Associate Faculty of Neuroscience, JNCASR. The findings were recently published by the Lancet journal EBioMedicine.

Parkinson’s disease is a neurodegenerative disease that affects 10 million people worldwide. In Parkinson’s disease, misfolded proteins form clumps in a set of neurons in the brain – the neurons that release dopamine (dopaminergic neurons). These aggregates, known as Lewy bodies, majorly constitute a misfolded protein called α-synuclein and result in the loss of dopaminergic neurons. Loss of dopaminergic neurons affects the movement and cognition of a person. The person is unable to walk properly, has shaky hands and legs, and becomes forgetful, drastically affecting his/her quality of life.

Several scientists across the globe have tried to develop drugs that reverse this situation but have failed. In this study, the team of researchers identified a chemical compound that blocks a protein (c-abl kinase), thereby clearing the toxic aggregates formed. The team had to screen numerous small molecules before pinning down on the small molecule, PD180970.

The team overexpressed (forced synthesis beyond natural limit in the cell) α-synuclein in yeast cells, making it toxic for the cells and killing them. This model could mimic how α-synuclein aggregates kill neurons and the researchers tested the small molecules on this. “We screened a small molecule library and identified those that rescued growth of yeast cells expressing the Parkinson’s disease-associated protein, α-synuclein,” Dr Manjithaya said. “Later we narrowed down to molecules that were rescuing the growth defect in an autophagy-dependent manner.”

The team found that PD180970 could inhibit c-abl kinase and induce autophagy to reduce the toxicity in neurons caused by the aggregates. This was evidenced by their studies on neuronal cell lines and in mouse midbrain. In addition to clearing aggregates, preventing the inflammation of neurons is important to stop neurodegeneration. “A small molecule that induces autophagy to clear the aggregates and also has anti-inflammatory property would be more potent in curbing neurodegeneration,” Dr Manjithaya said. “This is how we think PD180970 works,” he added.

The collaborations with Dr Phalguni Alladi, Senior Scientific Officer, NIMHANS, Dr James Clement Chelliah, Neuroscience Unit, JNCASR, and Dr Taslimarif Saiyed, CEO and Director, C-CAMP, were vital in this aspect. “While my lab focuses on the autophagy aspects, my collaborator Phalguni Alladi at NIMHANS mentioned about the impact of neuroinflammation. To this end, we collaborated with Taslim’s lab at C-CAMP to test if any of our molecules had anti-inflammatory properties.” Dr Manjithaya said. “PD180970 was the most effective among the ones they tested.” PD180970 prevented neuroinflammation by inhibiting cytokines like IL-6 (interleukin-6) and MCP-1 (monocyte chemoattractant protein-1), which facilitate inflammation.

Dr Manjithaya is highly appreciative of collaborations in science. “As a young researcher, having collaborations is looked down upon in our country although it is the norm and is encouraged in the western world,” he said. “Good collaborations bring in various aspects that make a study complete. Apart from their unique expertise and direction, there is further confirmation of the work, and more importantly different – sometimes contrasting – views. That makes you think more critically about your data and gives a fresh perspective. This study is a culmination of efforts from four labs across three institutions.”

In mice where the dopaminergic neurons were degenerated by injecting a chemical called MPTP. Treatment with PD180970 along with MPTP injection improved the condition. This was supported by evidence from the changes at a molecular level in the brain and the behavioural changes that occurred in the mice.

That’s not all. The lab is working with Vipragen Bioscience to patent the molecule and take it forward to the next stage in drug development.