Dr Ida Sophia Scudder – the founder of Christian Medical College (CMC), Vellore – breathed her last sixty years ago on this day. But her life and legacy continue to inspire hundreds of thousands across the world. An American by origin, Dr Ida spent her lifetime uplifting the community in Vellore through her medical practice. Her work is never more relevant than now when we are facing a pandemic. In this article, I have attempted to highlight some of the contributions of Dr Ida Scudder,  and others, which continue through CMC, Vellore. 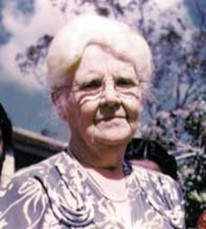 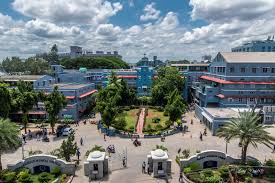 It would be hard to believe that the town which once greeted medical officers, who tried to vaccinate people to contain the plague, with sticks and stones would later be the first in the country to be polio-free. The person whose life and legacy was mainly influential in bringing this change was a woman physician by name, Ida S. Scudder. Dr Ida Scudder and the professionals at the medical college she founded – Christian Medical College (CMC) – transformed the community in Vellore to what it is today.

CMC, Vellore, is renowned globally for its many achievements in the field of medicine. One of the major contributions of the medical college, through which the legacy of Aunt Ida continues, is its community service. From Dr Ida Scudder’s efforts in containing the plague outbreaks to Dr Paul W Brand’s accomplishments in rehabilitating lepers and Dr T Jacob John’s leadership in eradicating polio and containing HIV/AIDS, CMC’s services to public health have not only impacted Vellore and India but has also influenced the world.

It all began one night at Tindivanam, Tamil Nadu, when 20-year-old Ida Scudder encountered a life-changing incident. Three men – a Brahmin, an upper-caste Hindu, and a Muslim – approached Ida seeking help for their wives who were in labour. Ida explained that she had no medical training, but her father who was a missionary doctor could help them. But none of them would agree. In Ida’s words, the Brahmin drew himself up and said, “Your father come into my caste home and take care of my wife! She had better die than have anything like that happen.” The Muslim also responded with similar words saying, “She had better die than have a man come into the house.” Ida could not sleep that night. She wrote about this incident later, “Within the very touch of my hand were three young girls dying because there was no woman to help them.” She spent the night in anguish, torn between a great life in America and the need to serve the people in India. Ida had come to Tindivanam only to take her ailing mother back to the USA. Until that night, she wanted to enter Wellesley College and “continue in the happy free life of a young woman in America.”

The next day, Ida sent a servant to check what had happened to the three women only to hear that all of them had died the previous night. She shut herself in the room. After much thought and prayer, Ida told her parents that she wanted to go home and study medicine to come back and help such women in India.

In 1895, Ida entered the Women’s Medical College of Philadelphia. It was a time when women were not welcome as qualified surgeons and doctors. Three years later, when Cornell opened its doors for the first time for women students of medicine, Ida transferred there for better opportunities. As Mary Pauline Jeffrey writes in her biographical account of Ida Scudder, some students at Cornell often “did things to make women feel that they were foreign bodies.” Nobody would have imagined then that about 50 years later, Ida would be admitting male students to the Women’s Medical College she founded at Vellore!

On January 1, 1900, Dr Ida Scudder landed in India. She started running a clinic in a 12*8 feet room at her house. Meanwhile, she worked toward realizing the hospital for which she had received a donation of $10,000 while in the USA. In 1902, the 40-bedded Mary Taber Schell Memorial Hospital opened. Her vision was that women should have equal access to quality healthcare as men, regardless of their religious or socio-economic status. In 1909, Dr Ida established a school of nursing and in 1918 she established a medical college for women. The medical college was called Missionary Medical College for Women. In 1945, it was renamed as Christian Medical College and in 1947 CMC opened its doors to male students.

The tiny clinic and the hospital thus grew to be the medical college that would have many firsts to its credit. Dr Ida was deeply connected with the community she lived in – a legacy that the medical college would become renowned for. This was never more relevant to us than now. In 1903, when the plague hit Vellore, as many as 17 people were dying every day. In 1904, the total number of cases in India had reached 1,100,000 before preventive measures showed any sign of success. At that time, along with the municipal commissioner, Dr Ida “sallied forth to grapple with the deadly epidemic. Into the homes of the community in Vellore these two went, enforcing sanitary measures and administering prophylactic inoculations.”

Half a century from then, Dr Paul Brand carried that torch making another mark in the community in Vellore. Realizing his life’s calling at CMC, Dr Paul established the New Life Center at Vellore to rehabilitate lepers and dispel the stigma that prevailed even among medical professionals. Dr Paul also performed the world’s first reconstructive surgery on leprosy patients at CMC, Vellore.

A couple of decades later, Vellore became the first town to eradicate polio. An alumnus of CMC, Dr T. Jacob John led the initiative of making Vellore polio-free and later headed the national efforts in eradicating polio. In his own words in conversation with the journal Current Science, “Globally, Vellore was the centre conducting such basic and problem-solving research on polio from the mid-1960s.” Dr Jacob John headed the virology services at CMC from 1967-1995. During this time, he also played a key role in India’s efforts to contain HIV/AIDS.

Dr Ida Scudder’s legacy continues through the work of CMC. The medical college has produced some of the best doctors, surgeons and scientists in the country, who have been recognized for their work.  Of special note in the context of public health, epidemiology and community medicine are experts like Dr Gagandeep Kang, Dr T. Jacob John, Dr Jayaprakash Muliyil and others.

At this time, when the country is faced with an epidemic, Dr Ida Scudder’s legacy serves as a reminder of what empathy, compassion and boldness can help one achieve. It is her legacy that we need now – of providing quality and compassionate healthcare for all sections of society.

*All the quotations with no explicit mention of the source are from the book: Ida S. Scudder of Vellore (2014). By Mary Pauline Jefferey.