On World Tuberculosis Day (March 24, 2020), I interviewed Priyadharshini M V, project assistant in Mycobacterium Diseases in Animal Network (MyDAN) lab at Tamil Nadu Veterinary and Animal Sciences University (TANUVAS), Chennai. She holds an M.Tech in Biotechnology and worked as a medical geneticist in Centre for Medical Genetics, Chennai, prior to her work at TANUVAS. In this interview, she elaborates on TB, the challenges and mitigation strategies in India, and how the general public can contribute to the fight to eradicate TB. 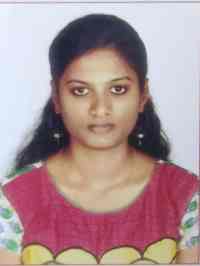 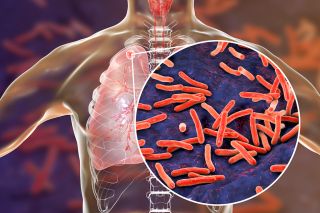 Could you please tell a little bit about TB and how badly India is affected by TB?

TB is an airborne disease caused by the bacterium Mycobacterium tuberculosis (Mtb). It is the leading cause of death from an infectious disease worldwide and claims about 3 lives every minute. TB is curable and preventable. The bacteria usually attack the lungs (pulmonary TB) but can also attack other parts of the body like the kidney, spine, and brain.

Not everyone infected with TB bacteria becomes sick. So, there are two TB-related conditions: latent TB infection (LTBI) and TB disease (active TB). Many people who have latent TB infection never develop TB disease, but there are a few exceptions. If it is not treated properly, TB can be fatal. There are also the multidrug-resistant (MDR) and extensively drug-resistant (XDR) forms of TB that occur, but they are still rare.

India accounts for about a quarter of the global TB burden. Worldwide, India is the country with the highest burden of TB – both TB and MDR TB. There are an estimated 79,000 multi-drug resistant TB patients among the notified cases of pulmonary TB each year. India is also the country with the second-highest number (after South Africa) of estimated HIV associated TB cases.

How does a person get infected with TB? What are the symptoms of the disease?

The TB bacteria are introduced into the air when a person with TB disease of the lungs or throat coughs, sneezes, speaks, or sings. People nearby may breathe in these bacteria and become infected.

TB disease in the lungs may cause symptoms like a bad cough that lasts 3 weeks or longer, pain in the chest, coughing up blood or sputum (phlegm from deep inside the lungs). There are also other symptoms like weakness or fatigue, weight loss, loss of appetite, chills, fever, sweating at night.

Could you describe some measures taken by the government to curb this disease?

The Government of India aims to eliminate TB by 2025. This was announced by Shri J P Nadda, Union Minister of Health and Family Welfare, in March 2017. For this, a lot of things set out in the National Strategic Plan 2017 – 2025 needs to be done.

According to the World Health Organisation (WHO), the elimination of TB means that there should be less than one case of TB for a population of one million people. TB treatment and care in India is provided in the public sector by the government’s Revised National TB Control Programme (RNTCP), which is responsible for implementing the government’s five-year plans to combat TB. India’s remarkable achievements in TB control in the last ten years include testing more than 80 million people, detecting and treating 15 million TB patients, and saving millions of lives as a result of the efforts of the RNTCP.

What are some of the plans in this new strategy of the government?

The financial resources for TB control for 2017-2025 are doubled, the diagnostic tool CB-NAAT is to be rolled out across the country, and the two drugs Bedaquiline and Delamanid are also scheduled for a broader rollout. First and second-line drug susceptibility testing is in use or at least on the agenda. Also, patients with TB are tested for HIV and patients with HIV are tested for TB. Drug treatment is moving from intermittent therapy to daily fixed-dose combinations.

Why, in your opinion, has the battle against TB in India been difficult?

India’s progress against the disease has not been consistent. As per WHO reports, it has been a persisting problem in developed countries. People infected with HIV are 19 times more likely to develop active TB. The risk of active TB is also greater in people suffering from conditions that impair their immune system. Malnourished or undernourished people are 3 times more likely to contract TB when compared to the others. So, it’s pretty obvious that India, being a third world country with two-third of its population in poverty and having the third-largest population suffering from AIDS, has been struggling to combat and eradicate TB. Shortage of resources and research is another big limitation.

How can the general public contribute to the fight against TB?

There are two important things one can do to contribute to the fight against TB: One is to create awareness about the disease and the other is to get the people who fall in the high-risk group to test for TB. People with HIV infection, people who were infected with TB bacteria in the last 2 years, babies, young children, people who inject illegal drugs, people who are sick with other diseases that weaken the immune system, people who were not treated correctly for TB in the past, and the elderly are at high risk of developing TB disease.

People who anticipate repeated or prolonged exposure or an extended stay over a period of the year may undergo annual testing. Additional preventive measures could include using personal respiratory protective devices. Tuberculosis germs don’t thrive on surfaces. You can’t get the disease from shaking hands with someone who has it or by sharing their food or drink.

If one has latent TB, he/she must take all of his/her medication, so he/she doesn’t develop active TB, which is contagious. People with active TB must limit their contact with other people at work, school, or home. They must cover their mouth when they laugh, sneeze, or cough and wear a surgical mask when they’re around other people during the first weeks of treatment.